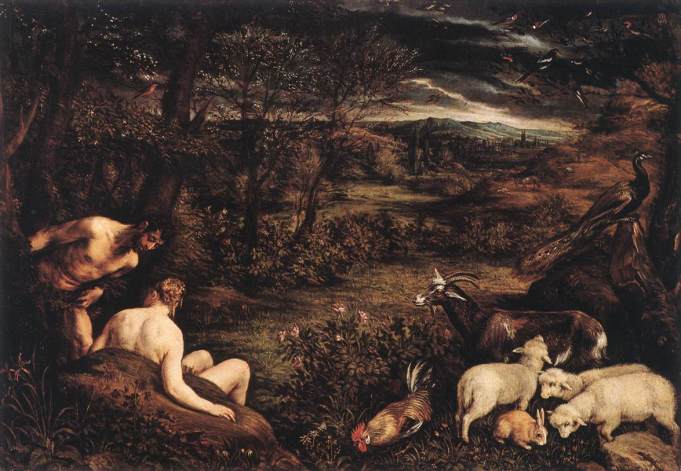 The Garden of Eden (Hebrew Edhen), is the biblical “garden of God”, described most notably in the Book of Genesis (Genesis 2-3), but also mentioned, directly or indirectly, in Ezekiel, Isaiah and elsewhere in the Old Testament. In the past the favoured derivation of the name “Eden” was from the Akkadian edinnu, itself derived from a Sumerian word meaning “plain” or “steppe”, but it is now believed to be more closely related to an Aramaic root meaning “fruitful, well-watered.” 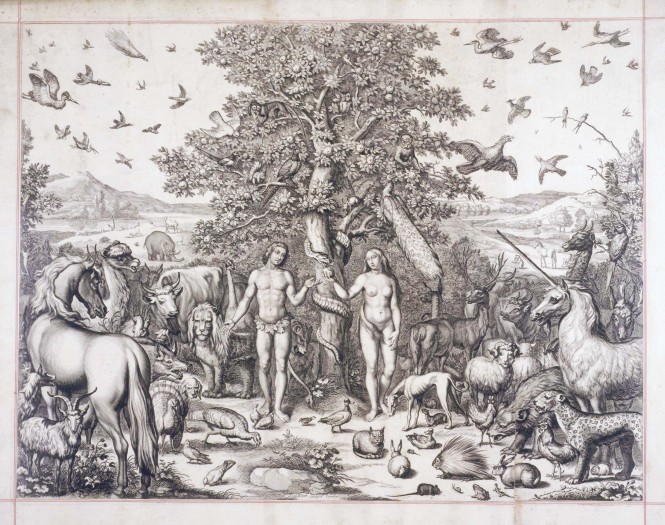 The text of the Genesis garden-story is surrounded by uncertainties. Notable among them are:  whether the word “eden” means a steppe or plain, or instead means “delight” or some similar term;  whether the garden was in the east of Eden, or Eden itself was in the east, or whether “east” is not the correct word at all and the Hebrew means the garden was “of old”;  whether the river in Genesis 2:10 “follows from” or “rises in” Eden, and the relationship, if any, of the four rivers to each other; and  whether Cush, where one of the four rivers flows, means Ethiopia (in Africa) or Elam (just east of Mesopotamia).The Eden of Genesis has been variously located at the headwaters of the Tigris and Euphrates in northern Iraq, in Africa, and in the Persian Gulf. The Eden in Ezekiel, however, is unequivocally located in Lebanon 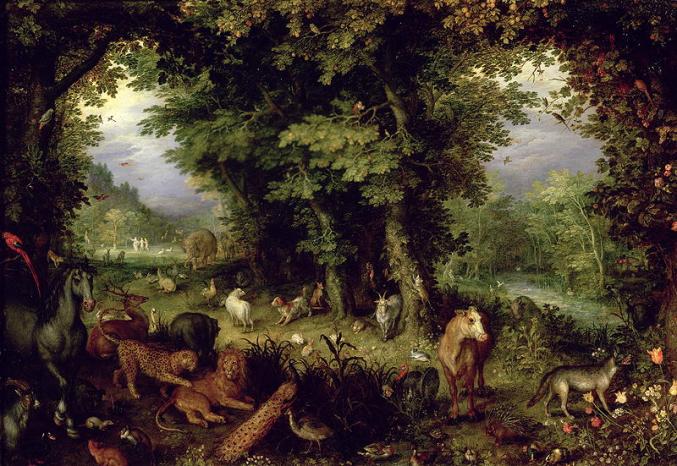 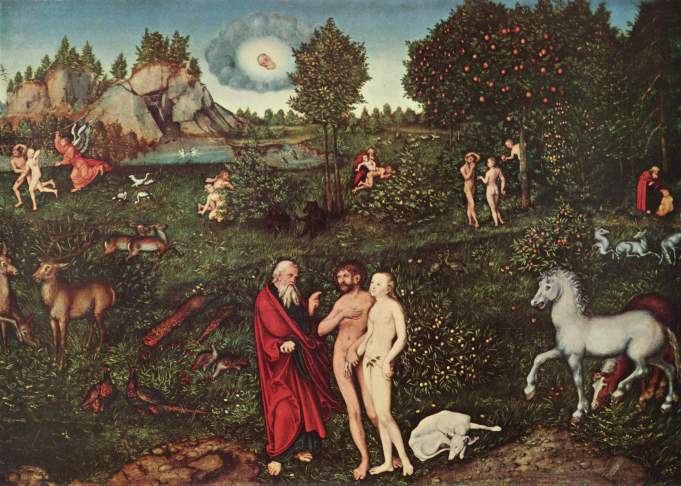 Of Paradise I cannot speak properly,
for I have  not been there;
and that I regret.
Sir John de Mandeville

John Martin The Garden of Eden 1821

Pete Wenzel Adam and Eve in the Garden of Eden c1800

Only animals were not expelled from Paradise.
Milan Kundera, The Unbearable Lightness of Being 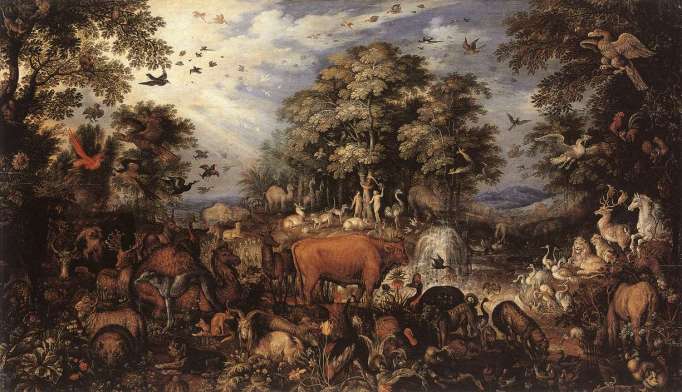 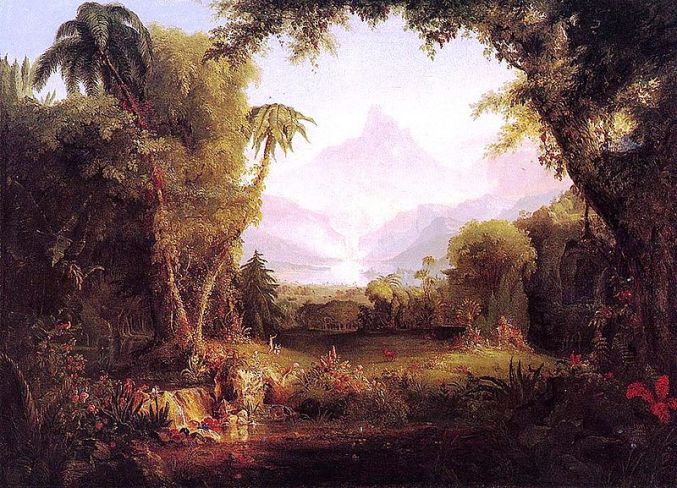