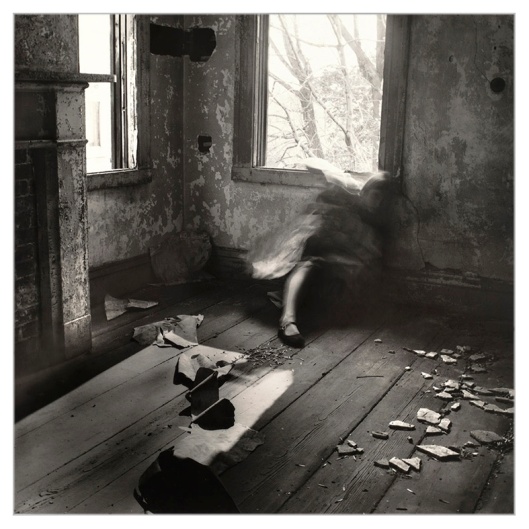 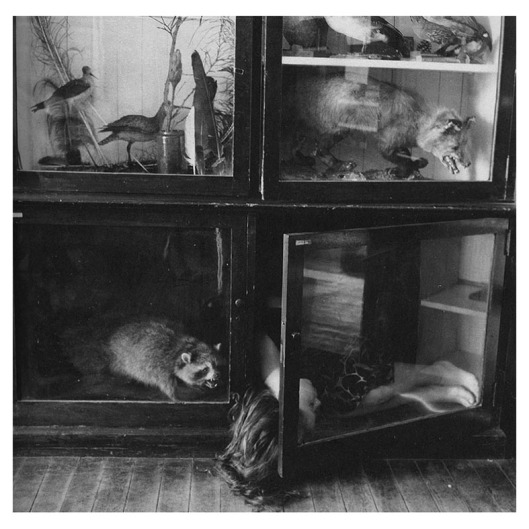 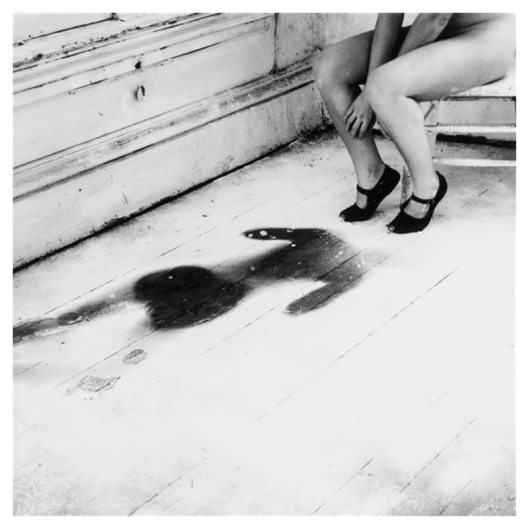 Born in 1958 into a family of artists, Woodman began photographing at the age of 13. By the time she enrolled at the Rhode Island School of Design (RISD) in 1975, she was already an accomplished artist with a remarkably mature and focused approach to her work. During her time at RISD, she spent a year in Rome, which proved an enormously fertile source of inspiration. After completing her degree, she moved to New York, where she made several large-scale personal projects and experimented with fashion photography. In 1981, at the age of 22, she committed suicide. Woodman’s untimely death is underscored by the startlingly compelling, complex, and artistically resolved body of work she produced during her short lifetime. 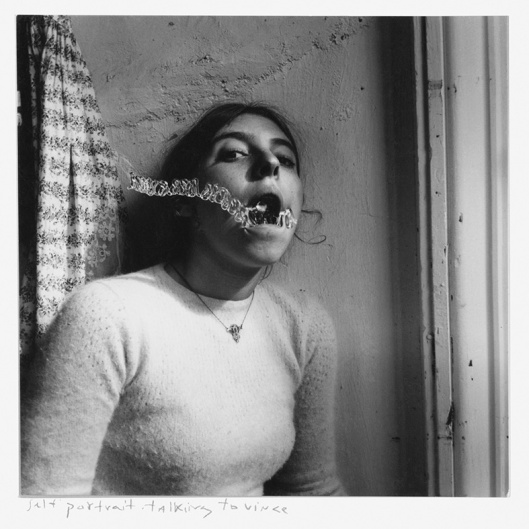 Self portrait talking to Vince 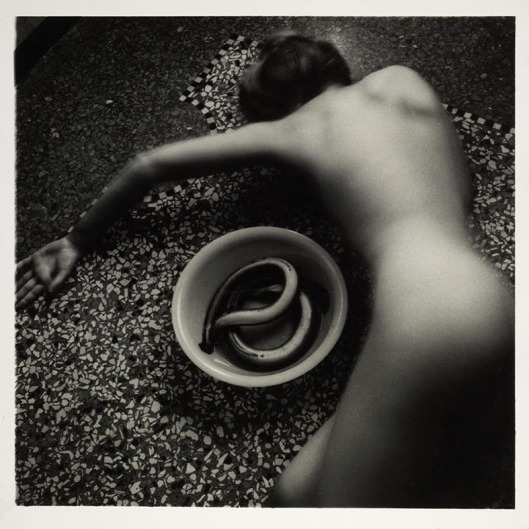 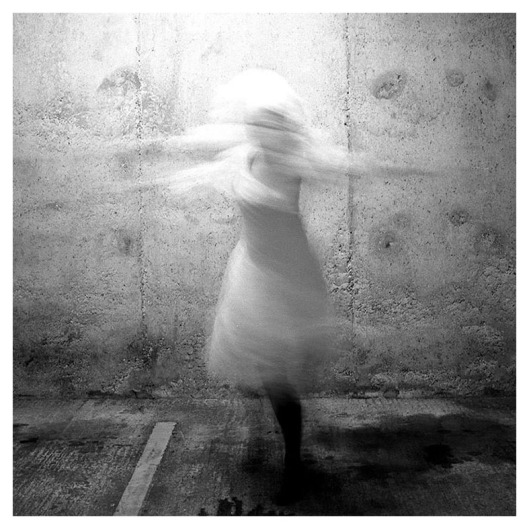