In Greek mythology Medusa (Greek: Μέδουσα (Médousa), “guardian, protectress”)was a Gorgon, a chthonic monster, and a daughter of Phorcys and Ceto. Gazing directly upon her would turn onlookers to stone.. In classical antiquity the image of the head of Medusa appeared in the evil-averting device known as the Gorgoneion. In most versions of the story, she was beheaded by the hero Perseus, who was sent to fetch her head by King Polydectes of Seriphus. In his conquest, he received a mirrored shield from Athena, gold, winged sandals from Hermes, a sword from Hephaestus and Hades’ helm of invisibility. Medusa was the only one of the three Gorgons who was mortal, so Perseus was able to slay her while looking at the reflection from the mirrored shield he received from Athena. During that time, Medusa was pregnant by Poseidon. When Perseus beheaded her, Pegasus, a winged horse, and Chrysaor, a golden sword-wielding giant, sprang from her body. 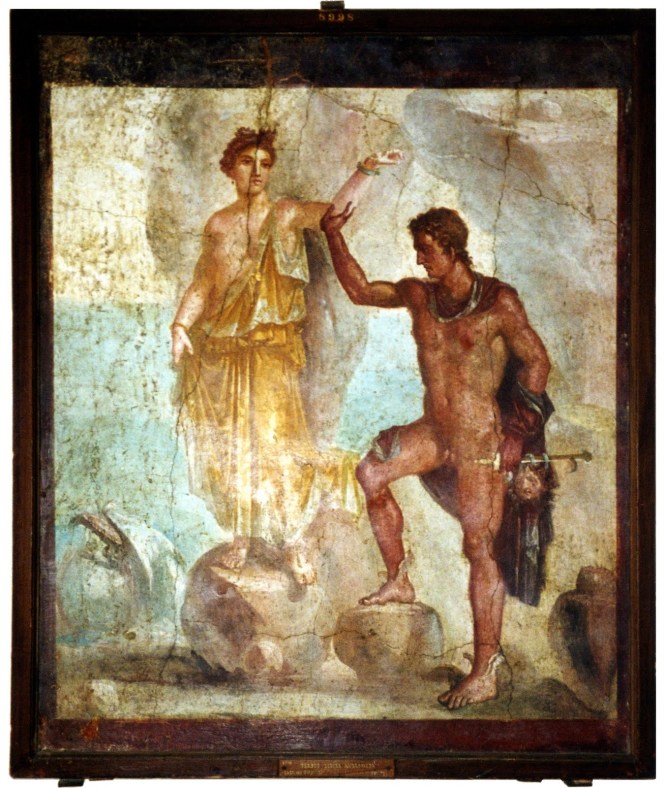 But one of the princes asked him why Medusa only of the sisters wore serpents mingled with her hair. The guest [i.e. Perseus] replied: “Since what you ask is a tale well worth the telling, hear then the cause. She was once most beautiful in form, and the jealous hope of many suitors. Of all her beauties, her hair was the most beautiful – for so I learned from one who said he had seen her. ‘Tis said that in Minerva’s temple Neptune, lord of the Ocean, ravished her. Jove’s daughter turned away and hid her chaste eyes behind her aegis. And, that the deed might be punished as was due, she changed the Gorgon’s locks to ugly snakes. And now to frighten her fear-numbed foes, she still wears upon her breast the snakes which she has made.” (Ovid, Book IV: vs. 791-803) 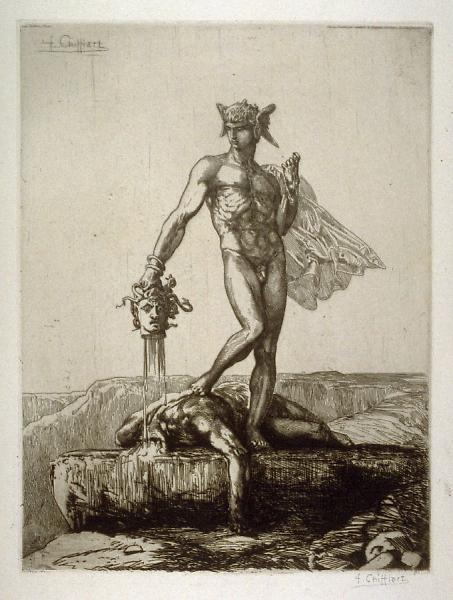 And from its head as from one body grow,
As grass out of a watery rock,
Hairs which are vipers, and they curl and flow
And their long tangles in each other lock,
And with unending involutions show
Their mailed radiance, as it were to mock
The torture and the death within, and saw
The solid air with many a ragged jaw. 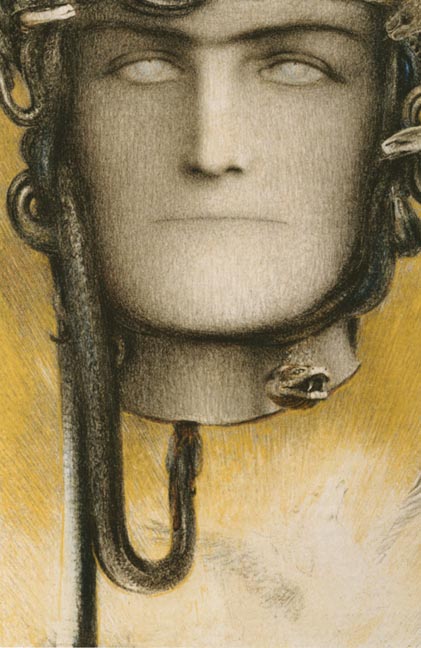 Fernand Khnopff The Blood of Medusa 1898 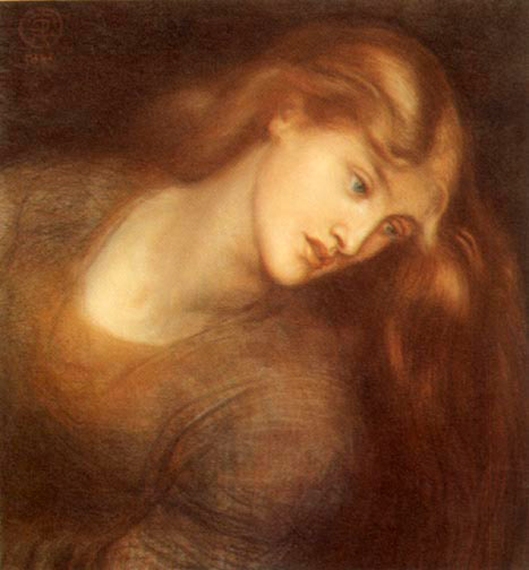 Andromeda, by Perseus sav’d and wed,
Hanker’d each day to see the Gorgon’s head:
Till o’er a fount he held it, bade her lean,
And mirror’d in the wave was safely seen
That death she liv’d by.
Let not thine eyes know
Any forbidden thing itself, although
It once should save as well as kill: but be
Its shadow upon life enough for thee. 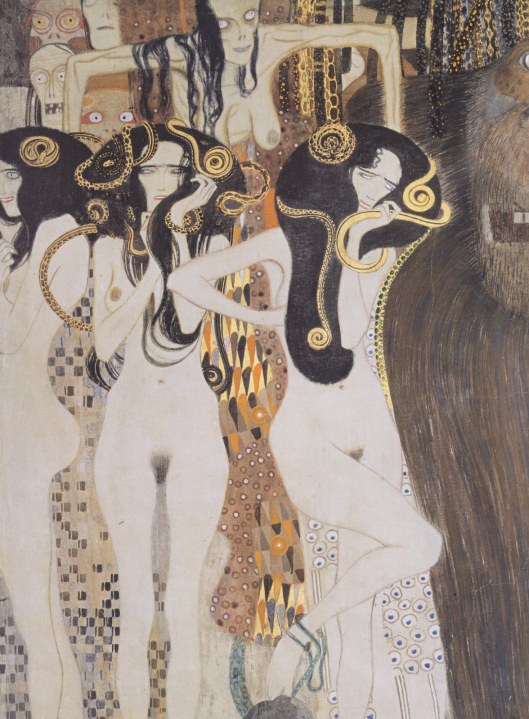 Gustav Klimt The Gorgons and Typhon 1902